Man, it’s been a rough week folks. Monday was a tough day for people all over the country, no doubt. Our thoughts, prayers, and hearts go out to the folks in Boston this week. This really isn’t a forum for me to voice much more than… hey, I hope everybody is doing alright. It was a sad day, and I hope we can collectively stand strong and move forward. Other than that, it’s kind of our deal here to entertain and make you not think about all that bullshit. So, with that in mind, let’s see what we can do to that end.

Pandora’s Tower (Wii): It says a lot about your new shiny console when people would rather release their game on your old console five months down the road. Either that, or somebody over at Xseed Games didn’t do their homework when development started. It might not be that bad of a move. There are way more Wii consoles out there than Wii U consoles. I guess the more glaring problem with the game is that it just doesn’t sound all that interesting. There aren’t many successful franchises that get their start on hardware a generation behind. It could turn out to be great, but I’m willing to bet almost nobody will ever find out. I guess it’s worth noting that there are zero Wii U releases this week since the Wii U version of Injustice was pushed back. So, good job, Wii. Your candle burns, however dimly, for one more week.

Injustice: Gods Among Us (PS3, Xbox 360, ): I just found out that this was a fighting game. It’s being made by the same folks who made the last Mortal Kombat, so I would likely expect good things. People used to love the formula of license + fighting game. People used to love the idea of anything + fighting game. Remember Clay Fighters? That was a thing. I’m also pretty sure it got a sequel. Anyway, that’s really not terribly relevant. Everything I heard about the last Mortal Kombat was pretty positive. So, I think if they treat this the same way we could end up with a solid fighting game wrapped in a great concept. I guess there’s even the chance that we may end up with something better than Mortal Kombat. These characters are all far more iconic. Sure, most people had likely heard of folks like Scorpion and Raiden, but everybody on the fucking planet knows who Batman is.

On the flip side, a lot of news outlets didn’t have review copies by release date. That doesn’t typically bode well for a game. So uh, maybe just wait a bit on this one.

We Finally Played BattleBlock Theater: I talked about the release of BattleBlock Theater a couple of weeks ago, but this week I actually got to sit down and play it. There were three of us playing initially, so that threw out the option of playing through the story, which is unfortunately only 2-player. However, we did jump into some of the competitive multiplayer, and man is that some fun stuff. I think our favorite was the one where players try to touch cubes to turn them the color of their team. It’s kind of like “painting” the level. Whoever paints the most squares wins. When you paint a square it flashes for a bit. While flashing, the opposing team can touch that cube and convert it to their color. It made for some pretty hilarious moments while trying to defend cubes you just painted. I would typically just jump on top of Harris’s head until he went away. It seemed fairly effective. Also, this intro is amazing.

Nintendo Announced A Bunch Of Shit This Week: Did you guys see that Nintendo Direct thing on Wednesday morning? We’re getting a fucking sequel to A Link to the Past! I never owned that game, but I had friends who did. I fell in love with it by watching them play and backseat gaming. I have it on the Wii Virtual Console. I guess now is a good time to go ahead and have a solo experience with the game. Nintendo also announced an Animal Crossing 3DS XL bundle, a new 3DS Mario Party, a new 3DS Yoshi’s Island, and something called Bravely Default which I can only imagine is a game in which you can’t invert your y-axis. Fucking brave. They weren’t done, though. They also set a release date for Pikmin 3 (August 4), announced that the Wii U Virtual Console will be out next week and let us all know that Earthbound will be released on that Virtual Console some time this year.

I guess my concern is how low on the totem pole the Wii U currently seems. If you compared announcements strictly based on quantity, I guess the ratio doesn’t look terrible. But, we were basically told that Pikmin 3 will be later than anticipated, the Virtual Console, a thing that already exists elsewhere, will come to the Wii U, and that Earthbound, a 19 year old game, will be coming to said officially licensed emulator. It’s hardly stellar news. I know that in the past Nintendo has seen fit to hold separate events for announcements pertaining to different consoles. I’m hoping that’s the case here. A sequel to A Link to the Past is a big fucking deal. I’m hoping they come with the heavy lumber on the Wii U soon. 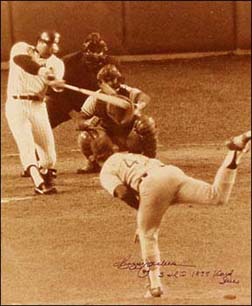