This is Rumor Has It – ya know, like that song the nice lady sang about the dude with the break up and something about rain getting set on fire. Whatever. What I’m getting at is that there are always rumors. We thrive off of them. We speculate what truth there is behind them. We build expectations from unconfirmed information. So, every week I’ll be sifting through our industry’s rumors to make sure we know exactly what to expect. Or maybe I’ll only help a little. Fuck it. I guarantee nothing.

This week’s rumors are more low-key than the usual bunch. There are no big game rumors, or crazy sayings. However, this week we’ll be the ones out of our minds as we escape from the city. You’ll understand that in due time. Also, Call of Duty.

Willem Dafoe is in Quantic Dream’s Next Game: You may recognize his shiny, green suit in Spiderman or his lawful antics in The Boondock Saints. This, my friends, is Willem Dafoe, and he’s rumored to be in David Cage’s next game, Beyond: Two Souls.

Looking at his past roles, Dafoe will more likely play some sort of villain in Beyond: Two Souls, and that’s undoubtedly a good thing. Dafoe always does a fantastic job at making characters entertaining. He made a dumb line like “Sleeeeeeeeeeeeeeeeeeeeeeep” in Spiderman one of the more memorable quotes from the movie. Yes, it’s ridiculous but awesome and shut up, it’s cool.

Beyond: Two Souls already has Ellen Page as the main character. Maybe Dafoe could be a psychotic antagonist, who’s hell-bent on catching Page and her crazy Patrick Swayze ghost. That gives the story potential for more memorable moments than “JAY-SON” and “SHAUUUUUUUUUN!” 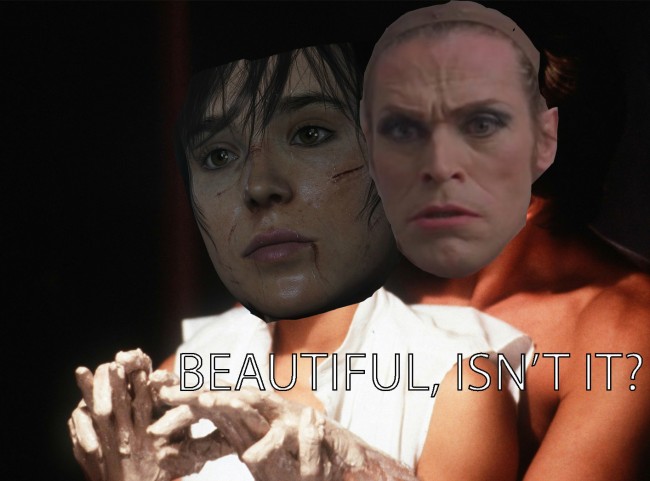 Sonic Adventure 2 has appeared on Xbox.com: A few days ago, Sega’s beloved hedgehog suddenly popped up on Microsoft’s official Xbox website in the form of a Sonic Adventure 2 listing. Along with the listing, a few screenshots were shown. One lovely image even displayed a few PlayStation buttons, so you Sony fanboys can rest easy because you’ll be rolling around at the speed of sound too. We’ll get the chance to relive this Sonic game, but the question of “Do we want to” still remains.

Recently, I invested some time into this DreamCast and GameCube game. I’m not glad I did. This is a game where memories are enough to relive the experience. Reliving it yourself reminds you of such classics as “Pumpkin Hill” and my favorite song, “Oh my God, the camera is so bad. Why am I playing as anyone but Sonic and Shadow? This is dumb. I was so wrong about this game when I was a child.” 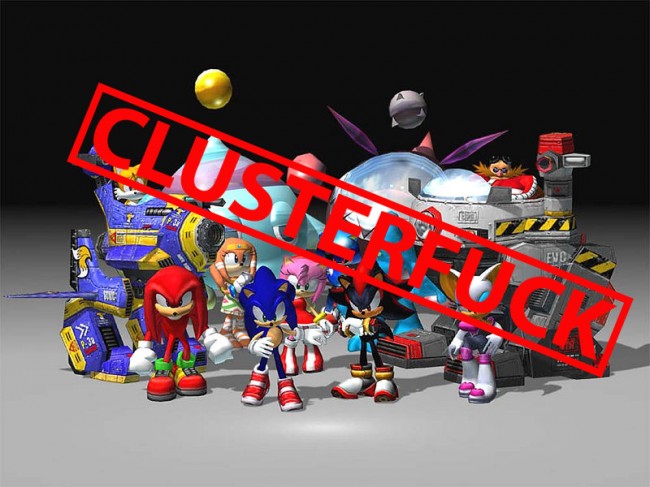 Nothing has been confirmed yet, but it is only a matter of time before this game gets re-released. Sonic Adventure already saw the light of PSN and Xbox Live, so its sequel was bound to make an encore showing as well.

We know something about Call of Duty on the Vita: This week, the Vita’s Call of Duty Black Ops: Declassified showed up in a listing on Walmart.com. It’s here where we finally learn something at all about this game. It seems Sony forgot what “promoting a product” is after Uncharted 3 showed a bit too much in its marketing.

So this Walmart listing shows us a bit more than nothing at all. According to the listing, Activision’s money printing franchise will have Spec Ops missions and multiplayer as well. Sounds pretty typical, and it’s what most people thought would come from this game.

A studio has yet to be listed for this game, which worries me. I like to know who’s in control of a game. N-Space has made Call of Duty games in the past for the DS, so they’re the speculated helmsmen for Black Ops: Declassified.

The listing also has a pre-order price of $49.96, which is $10 more than the typical Vita game. That cost isn’t anything new, though, with Uncharted: Golden Abyss launching at the same price.

Only time will tell what’s in store for this portable FPS because Sony sure won’t say a damn thing about it.

And that’s all the rumors for this week. More importantly, there’s some shady Team Fortress 2 business going on. Two secret updates in the past couple of days, not a word from Valve and some mystery items thrown into the game as well. 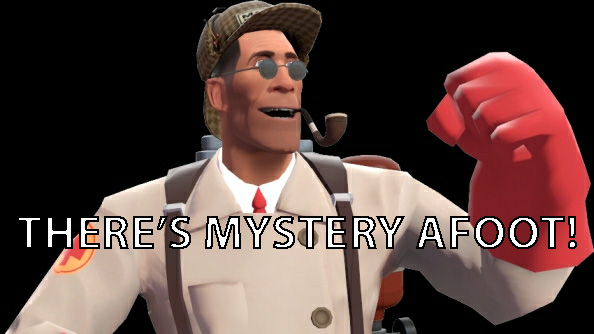 It’s classic Valve to toy with their fans like this. Every secret about this update is so cryptic that fans have scoured the internet in search for clues. Weird error messages, Sherlock Holmes quotes and banana peels. Valve is toying with their community, and we love it.

Please, Valve, just give me “Meet the Pyro” and the Summer Sale. That’s all I want. Please.

Well, ladies and gents, that’s all I’ve got for this week. Don’t forget to check out the podcast this week. There was something severely lacking this week and it rhymes with “reader mail.” Give up? It’s “reader mail.” Write in, folks. I know you’re there. Help us make the show better and more enjoyable by sending any sort of question, query or comment to mail@gameovernation.com or tweet at us @GameOverNation. Do that, and we’ll all be happy folks.