It’s almost as if the world is smiling upon me. This week we all were given a lovely window into Mirror’s Edge 2‘s near undeniable existence. I get to write about it two weeks in a row. Well, maybe I should do something a bit more proper for something so important to me (That’s what we in the business call “foreshadowing”). Also, one of this week’s rumors was confirmed almost immediately after being reported. Finally, we might have received a little peak into the inner workings at Sony and the used game situation with the PS4. Let’s get to it.

Mirror’s Edge 2… Again: Earlier today, Mirror’s Edge 2 popped up on EA’s very own help center page. Mistake? Yes. Awesome? Also, yes. M Made me fidget in my seat in excitement over seeing the title of a game I’ve awaited for years? Absolutely.

I must politely ask EA to stop leaking small pieces of information before E3. I’ve seen enough. I know it’s coming. I promise to pretend to be surprised when you announce it just like I did when I found Santa’s presents all those Christmases ago. I’ve been quoted by many (not actually) saying that I’m “balls in on the hype train for this E3. Chuga! Chuga!” And seeing another bit of Mirror’s Edge 2‘s existence is fueling that engine more and more. This hype train is moving so fast. Dangerously fast. E3 better hurry up.

Much like the Amazon listing last week, the best part about this help center page is that it was promptly removed. It seems EA doesn’t want us to see this. Too late!

Mandatory Remote Play for PS4: This started as a rumor, but it was quickly confirmed by Shuhei Yoshida on Twitter. He said that games on the PS4 will be required to be compatible with the Vita and remote play. That is unless the PS4 game requires the use of the camera.

I think this is a pretty good move from Sony. The Vita is dangerously close to dead in the water. It more resembles a piece of driftwood floating down a river. This will be another reason to own a Vita. God knows we need more of those. Why bother trying to push for Vita games when you can just force every PS4 game to be compatible? 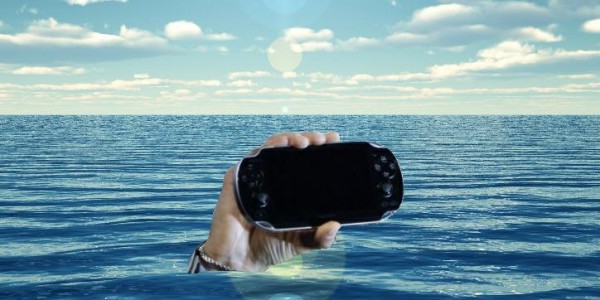 Sony Possibly Backing Away from Used Game Restriction Plan: This is a pretty big deal. It is unclear how the PS4 will handle used games. Sony said there was a plan for it, but they might be scrapping it after the insane backlash from Microsoft’s plan.

This would be a really smart plan for Sony. They could seem like the good guys in the new generation. Sony has this opportunity to really step ahead of Microsoft and make them look like the enemy. This is a chance for Sony to really pull ahead in the public eye. If this isn’t true, they should definitely consider it.