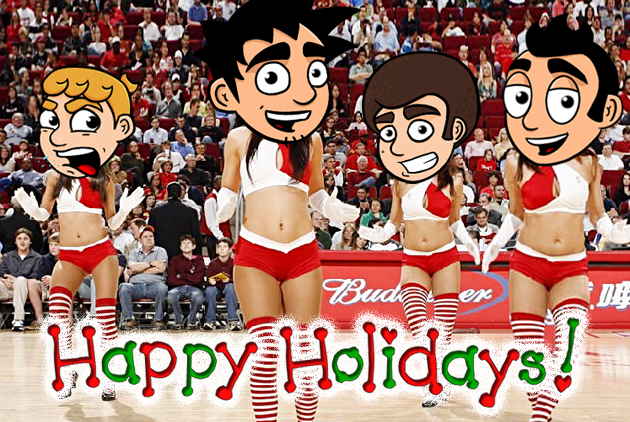 Christmas has now come and gone. This means we just have New Year’s between us and a long barren stretch of absolutely no holidays that can help all of America escape their stupid jobs for a little while. And that’s dumb. We need more people to start doing super historic things, and spacing them out so that they happen every month or so. I’m sure we can find more reasons to take a few days off here and there. Get to work, slackers.

Oh, and let’s talk about how the holiday went.

Christmas for me turned out pretty ok. I spent most of it at my parents’ house with a ton of family around. I know that has the potential for disaster in a lot of families, but my family is typically pretty cool about things. Naturally a Christmas post is going to take a turn toward the presents. Now, my mom tends to go all out on Christmas. I still have a 13 year old sister at home, so the whole Christmas spirit is still alive and well around there. I don’t usually have much that I can ask for. I’m old enough to just kind of buy things for myself that I would have asked for as a kid. But, my mom is a pretty persistent lady. I ended up with a copy of Dishonored and a few Penny Arcade collections. I’d say I did pretty well.

As for the joy I spread around… did you know that there’s such a thing as a $50 keychain? I don’t know who this Micheal Kors guy is, but putting his name on something really seems to help the markup. This kind of thing blows my mind. With an autograph, somebody usually signs something related to what they do. An athlete may sign a jersey or a helmet or a ticket stub. Then that thing suddenly grows in value. That doesn’t make a lot of sense, but designers basically design paper, sign it, then dictate to you how much that signature is worth. It might be really nice paper. Construction paper even. Paper with which you can construct things. But, it’s still fucking paper. Plus you signed it. Now it’s ruined. Dick. 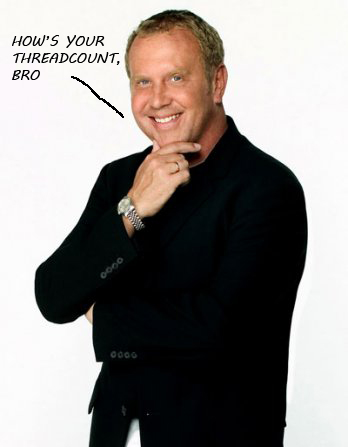 I grabbed my dad a copy of Halo 4. My middle sister and her husband are about to move to New York. So they got things to help prepare them for long, harsh winters. My youngest sister got a sweatshirt with the phrase “You go Glen Coco” written on the front. She’s young, but I guess Mean Girls spans all generations. As it should.

Speaking of harsh winters, Texas decided to go all Texas yesterday. During the winter in the Houston area, it can be pretty difficult to pick one set of clothing that will be wearable for 8-12 hours. You know that old saying that you’ve probably seen on a stupid red, white and blue t-shirt in a novelty store selling only item representing your state, “If you don’t like the weather, wait 20 minutes and it’ll change.” Well that shit is the honest truth during a Houston winter. Oh… you don’t have novelty stores dedicated entirely to your state for people who live there to buy shit and remind everybody else where the fuck they are at all times? How quaint. Anyway, when I left my home to travel to my parents’ house, it was a pleasant 72 degrees. It was windy as all hell, but the temperature was good. They only live about 45 minutes away, so it’s not like I traveled through some kind of climate zone. By late afternoon, the temperature had dropped to the low 40s. Shortly after sunset it dropped to the 30s. I was in a t-shirt, shorts and flip flops. I don’t live super close and I had no extra clothes. So, when I went out to meet friends later in the evening, I just looked like a fucking crazy person.

My grandparents recently got iPhones, so part of the day was spent doing a little tech support. My grandpa did manage to immediately grasp the true purpose of the built in camera. During Christmas dinner he was showing us pictures of the yard decorations he made this year. He tends to go all out and typically builds and paints most of his decorations – Disney characters dressed as Santa and elves, reindeer with goofy ornaments hanging from their antlers, snowmen with the carrot as their dick instead of a nose, etc. As I’m flipping through the pictures (he explained to me how I could just swipe to the side with my finger to move to the next picture… it was adorable) I came to the very first picture he took. It was of my grandma sleeping, mouth agape, making that stupid face we all make when sleeping. If he had just PhotoShopped a cartoonish penis in there and texted it to a bunch of his friends, he would have truly embraced what this whole technology thing is all about.

Hope everybody had a merry and safe Christmas!

« This Is Out: Christmas Edition
GoN Comic: The Best Thing Since… »