Metal Gear Solid has worn me down. I’m tired of justifying the massive inconsistencies in tone, and tired of forgiving the plot holes that Kojima seems content patching up with incomprehensible exposition. Most of all, I’m tired of explaining why I’m frustrated to fellow fans of the series just to hear that my criticisms aren’t valid; I think that’s what gets to me the most. In a sea of people who care just as much as I do about this franchise, I often feel like I’m the only one who doesn’t think every single thing Kojima throws out there is brilliant because it’s convoluted or silly. It’s like running through the streets yelling that Soylent Green is people only to be told, “Oh shut up. It’s delicious!”

For some perspective on what the franchise means to me I played the first one when I was 11 years old. Metal Gear Solid is still my favorite game of all time. It captured my imagination and redefined what I thought video games could be. The range of emotions that I felt while playing through it the first time were unlike anything else I had experienced: Psycho Mantis frightened me, Naomi’s deceit pissed me off, Otacon’s lack of spine was hilarious, and Meryl’s life genuinely felt like it was in my hands. The hero, Solid Snake, was a dark, mysterious man with a twisted past that we learn more about as the game progressed. By the end, the character goes through a transformation. Whether you end up saving Meryl or not, Snake changes from a cold, distant man who just wants to get the job done and return to his life of solitude, to a man who learns the value of life and sets out to live the rest of his to its fullest. The serious tone, stellar voice acting, and slick presentation blew my face off and set a new benchmark in gaming with a story that was simple, concise, and poignant. 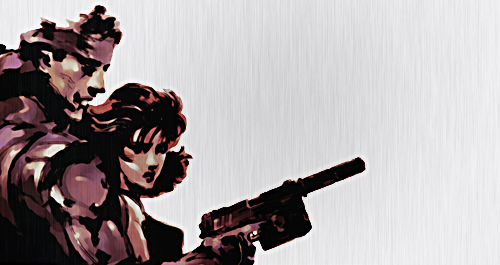 From that description I hope you get an idea of how much Metal Gear Solid meant to me. Especially having played it at such a young age when you’re much less jaded and cynical about the media you consume, it left an impression that has stuck with me to this day.

I wont spend the rest of this post going through each game, chronicling every disappointment from there on out, but I hope you can see the disparity in tone and, for lack of a better term, believability of the narrative from first game to where we are now. Realism is a word I throw around a lot when I talk about the direction I would’ve liked the series to go, but I don’t know if “real” is the right word. No, I think “plausible” or even “consistent” would have been more than enough to keep me content, but those adjectives checked out at least four games ago. When I hear things like, “I love the wacky stuff!” or “Metal Gear is supposed to be crazy, that’s why it’s great!”, it feels a bit like the rest of the world was playing something completely different than what I fell in love with in 1998.

MGS3 felt like a clean break from the mess left at the end of MGS2. It helped justify Big Boss’s motivation and planted the seeds towards his inevitable change into the antagonist. The game even covered why he was considered the greatest soldier of his time, and really that’s all I felt we needed to know about the guy. We now have a series that includes the word “Solid” in its title, yet has abandoned the title character, Solid Snake. Instead the games have morphed into a soulless prequel factory that only came back to the present (MGS4) to convolute things further by half-assedly tying up loose ends with nanomachines, reusing plot devices that had no business existing in the first place (Ocelot taking Liquid’s arm), and effectively ending our hero’s story in the least satisfying way possible. I am so bummed out by what the series has become. Game after game I see characters that used to mean so much to me being dragged through the mud, cheapening their history for the sake of adding another layer to what has become a bizarre off-beat melodrama. 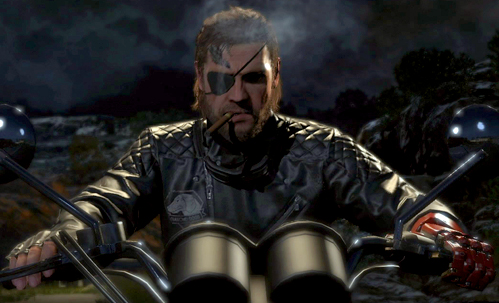 With the recent announcement of Metal Gear Solid V it was no surprise that it is once again a prequel that follows Big Boss. But get this, guys: he’s been in a coma for 9 years, has a robot arm, and a chunk of metal in his forehead that looks plenty stupid. Oh yeah, and there are giant flaming whales and unicorns too. Everyone applaud at how CcCrRAaZzYy it looks! In addition, the fact that Snake’s voice actor for the last 15 years, David Hayter, has quietly been replaced because Kojima claims it was necessary in order for them to “recreate the Metal Gear series” is completely idiotic. You want to recreate the series, how about you don’t make PART FIVE and instead try starting over from scratch? I cannot justify this one, guys. I really thought the news of Snake’s recasting wouldn’t be that big a deal to me, but after hearing the reasoning behind it and the fact that Hayter was completely unaware of the production after over a decade of loyally carrying the series, I can’t help but feel dirty about it and I’m sad to say it was the last straw. I’m done with this franchise.

Going forward I don’t see myself as a Metal Gear Solid fan, and that breaks my heart.