It’s a glorious day in the Nationhood, folks. A new entry in the Halo universe is finally upon us, and I could not be more excited. I don’t claim to be any kind of Halo historian, but I thought it might be fun to take a little trip down my own personal Halo memory lane. I was going to run through all of the main games in one post, but that started to get super long, and most people aren’t crazy about text walls. Instead, I’m going to make a post for each game. So, let’s get started.

The exact date escapes me, but I imagine it was some time in the winter of 2001/2002. I was standing outside of the civil engineering building at the University of Texas talking with my friend Ben about video games. He asked me if I had heard of this game called Halo. I had heard some mention of it, but didn’t really know anything about it. I remembered that the box art looked kind of goofy. Like an early 2000s version of those old Mega Man box arts. I mean, look at it. 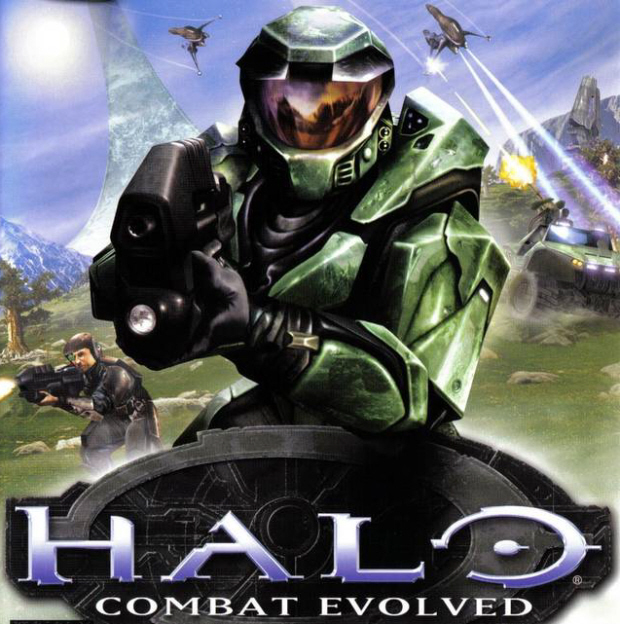 Not to mention, the “Combat Evolved” rung of a bargain bin title. As if the word “Halo” would feel lonely sitting there trying to sell itself to you. It needed company. Ben started telling me about some of the multiplayer matches he and his friends had played recently. It sounded incredible. The things he was describing sounded so foreign compared to what was known about console shooters up to that point. Large, expansive maps. 8 players in a map at once (this was before Xbox Live). Sticky grenades. Powerful, fun to use vehicles that could also carry multiple players at once. It sounded like something I needed to check out.

Shortly after that conversation, I started to find other friends who owned or who had played Halo. I got in on a few matches and was instantly hooked. The things Ben had told me were true, but it was more than that. The game just felt right. The weapons all had this significant weight to them. The movement felt right. The dual thumbsticks offered a level of precision that hadn’t been seen in previous console generations. I can’t say with certainty if Halo was the first console FPS to use dual thumbsticks in place of a mouse and keyboard (I’m definitely too lazy to look it up), but I can say with certainty that it was the first one that mattered.

I scraped together some cash (likely by donating my precious, life-giving plasma), and bought a refurbished Xbox and a copy of Halo shortly after that. From there I got to see the other side of Halo that kept me coming back – the story. While not terribly well put together in the game, the story introduced a universe with so many nooks and crannies to explore. Nooks and crannies that pushed me to read the Halo novels, many of which filled in a lot of the gaps left by the games and allowed me to see just how expansive and thought out the universe really was.

Halo: Combat Evolved was responsible for countless nights of staying up late with my friends crowded around a split-screen television. It was the only reason ever to justify placing couches back-to-back in the same room. It basically defined the console shooter. As I mentioned above, the original Halo existed in a time before Xbox Live. If we wanted to play online we had to use a little thing called XBConnect. It involved hooking the console into a PC and then simulating the built in LAN functionality of the Xbox to make it think it was directly connected to another Xbox. It was laggy and horrible, but we did it anyway because it was all we had.

Oh, and let’s not forget the iconic soundtrack. It’s rad.

Because of all the things mentioned above, each subsequent Halo release has struck a huge chord of nostalgia with me. Fortunately, that’s not all that’s made the series fun. It’s been a consistently excellent product. Be sure to check in tomorrow as I move on to Halo 2.