Video games come out every week, and I’m going to tell you a thing or two about them. Really, that might be the most I can tell you. I won’t be covering every new release. That seems like a fool’s errand. Besides, I’m way too lazy to make sure I find every game. If I can’t be informative, maybe I can at least be entertaining.

This week brings us new versions of Ghost Recon and Mario Tennis. It also covers Kevin Smith’s first venture into dragons and video games? Maybe? I really can’t tell. I’m still playing that game by a soon-to-fail, Rhode Island-based video game studio. I made a new sword. The name is predictable, but still pretty hilarious if you ask me… which you didn’t… but I answered anyway. So, let’s get this party started, shall we?

Tom Clancy’s Ghost Recon: Future Soldier (Xbox 360, PS3): Ghost Recon: Advanced Warfighter (G.R.A.W.) was the first Xbox 360 game I owned. I picked it up the same day as my 360. I know I’ve mentioned it on the podcast several times, but the jump in visuals from the Xbox to the 360 variety was truly memorable. My old roommate and I just sat there moving the camera around for a good while. It was stunning what could be accomplished on this new hardware. We also simultaneously debated on whether or not “warfighter” was a word. I’m not sure we every came to a conclusion on that.

The trailers for this game look pretty impressive from a visual standpoint. It also boasts something called a “Warhound” that is both “huge” and “massive”. I think that’s a thing I want in my war games, despite the redundancy. The 360 version also boasts the “better with Kinect” label, which I fear is actually a condemnation to some. Fear not. Mass Effect 3 was a game that I felt was very much enriched by voice commands. There’s no reason this game can’t do the same. A lot of people bought that camera. Might as well give them a reason to use it.

Also, no bullshit, I spent like an hour trying to figure out the purpose of Gamerscore the first time I unlocked an achievement in G.R.A.W. The search continues.

Mario Tennis Open (3DS): The review scores have been hitting websites, and it doesn’t look good for the ol’ Mario Tennis franchise. It’s disappointing, but I’m not sure that the scores are enough to keep me from buying it anyway. Mario Tennis on the Nintendo 64 holds a special place in my heart, and it got there completely by accident. It’s hard for me to imagine now, but there was a time where I might have thought a game featuring Nintendo characters playing tennis was too childish for a recent high school graduate. Actually, that may not be entirely accurate. I think I was actually concerned with what my friends would think seeing that cartridge mixed in with my games. The Nintendo 64 was already in an uphill battle to convince people it wasn’t just for kids in the summer of 2000, a cartoon tennis game wasn’t going to do anything to help that. I feared ridicule. Believe it or not, male teenagers are kind of assholes.

I ended up with Mario Tennis after spending time at home for Christmas break. My little sister had a copy, and it got mixed in with my games as I packed for the journey back to Austin. One night, my friends and I decided to give it a try (after the appropriate amount of ridicule), and that was pretty much the end of productivity for the semester. I think we almost made it a week. Every day was a tournament in our room. When we weren’t playing each other, we were taking turns against computer opponents. I think our lowest point as a group was when our friend, Salah, was in the middle of a match and my roommate and I had to get to class:

“Salah, we gotta go to class.”

He was. Fuck, that game was fun.

Dragon’s Dogma (Xbox 360, PS3): This is where Jay, Silent Bob and that chick from NewsRadio all go to fight Dragon Alanis Morissette, right? I don’t know much about the game, but I did manage to dig up this screenshot. 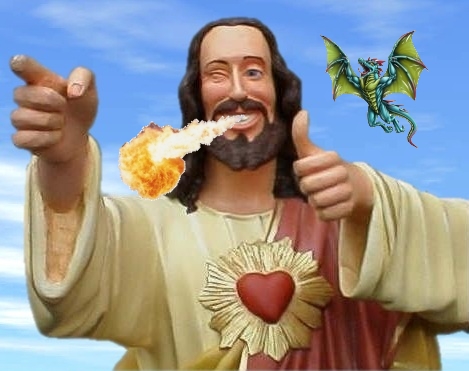 Men In Black: Alien Crisis (Xbox 360, PS3, Wii): OH, thank GOD. Last week I feared that only mobile gamers would get to enjoy the licensed goodness that Men In Black III is sure to bring. Crisis averted, folks.

Eve Online: Inferno (PC): There has been construction going on all over my neighborhood, as well as the surrounding areas. It’s made getting into and out of my neighborhood like solving a goddamn Rubik’s Cube. Streets are closed off everywhere. I fear that the city might not have looked into when all these projects were supposed to start, and scheduled too many simultaneously. Soon we’ll be under some kind of work zone flagger house arrest. I don’t even know why the flaggers are out there. The entire road is closed. Who is he flagging? I guess a dude in a bright orange vest is more noticeable than giant barricades and piles of crushed concrete. Assholes.

I’m Still Playing Amalur: Yes, I’m still doing that. Last night I made a sequel to my sword, “The Burninator.” I called it “The Burninator 2: Still Burning.” It barely fit into the text box.

I Did Play One Other Game: I picked up Minecraft on the 360. It’s a pretty pleasing representation so far. They’ve really streamlined the crafting. Instead of placing pieces into the crafting grid, you just chose what you want to make from a menu, then hit A. It still shows where you would place things in the crafting grid, but you don’t have to physically do it. It might have been a necessity since thumbsticks are slower and less accurate than a mouse, but it’s a welcome change. Even if the PC version wanted to make you figure out how to craft certain items; once you’ve crafted an item, the game should allow you to simply select it from a menu. It’s 2012 for crying out loud.

These People Are Really Into Basketball: I was starving after a bike ride today, so I came to grab dinner over at the Buffalo Wild Wings near my house while editing this article. The people here are really into the Thunder v. Lakers basketball sports match. They’re literally screaming at every single point. It’s pretty annoying. Don’t they know I’m trying to write over here?