It’s a pretty quiet week, folks. So instead of listing all the godawful releases (seriously, The Sims 3: Katy Perry’s Sweet Treats?) I’m going to talk about what happened at E3 during Monday and Tuesday’s press conferences. Per usual, I’m going to miss a few things, but those things were probably dumb. Or I didn’t see them. It’s more likely that I didn’t see them because they were dumb. Is your body ready?

Halo 4: There were a few things I liked about what we saw of Halo 4. The idea of hitting a forerunner world is super interesting to me. Also, the inclusion of a deteriorating Cortana is really cool and a great plot device. If you ever got into the I Love Bees ARG and listened to all of the recordings, then you have an idea of what a rogue AI at the end of it’s life can do. Shit’s about to get interesting.

I heard some people complaining about the inclusion of the Covenant, but I don’t really get that. Humanity won the war, but they didn’t kill every last member of the Covenant. There will always be a few stragglers, and of course they’re going to want to do whatever they can to survive. Not to mention, religious zealots are some crazy folks. The gameplay looks good, which should be expected from a Halo game, and I’ve always liked the Halo universe, even if they didn’t always do a great job of telling the story. I did hear at least three people immediately say “looks like Metroid Prime” when the gameplay started. Once the Forerunner tech got picked up, I guess I could see that. I don’t think it was an insult, just an observation. Either way, the game has piqued my interest and I’ve already pre-ordered the collector’s edition. Between that and Borderlands 2, I’m absolutely about to spend $250 on two games.

The Last of Us: It’s the game that doesn’t feature Ellen Page, but totally features Ellen Page. The demo showed at E3 was likely more brutal than anybody imagined this game would be. I think it won several people over, not just because of the brutality, but because of the gravity it gave to the situation. It added a level of anxiety and desperation to survival. Plus, now if there is a joviality to mass murder, at least it’s for actual survival and not, you know, gold protected by giant, blue men.

Pikmin 3: This was something Javi had been waiting forever to hear about. It’s finally a thing we’ve all seen. It looks like Pikmin. No really, it looks just like the last Pikmin game. They don’t seem to have pushed it into the “next gen” visually. While that’s certainly not a deal breaker, it is a bit disappointing. Hey Nintendo, it’s OK to make a game that both plays great and looks great. Nobody is going to call you bad names for it. We promise. 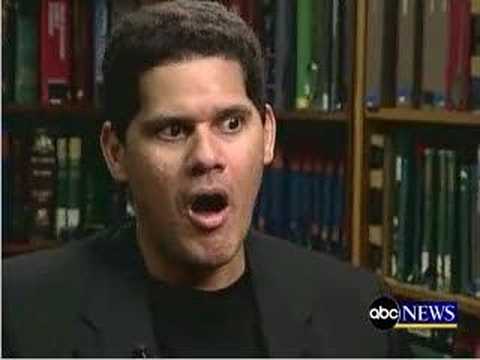 Call of Duty: Black Ops 2: This is likely the biggest surprise for the entire GoN crew. We’ve become pretty jaded with the shooter genre in general, and I think the Call of Duty series has lead that charge. But, what we saw today from Black Ops 2 was pretty incredible. They’re changing up the formula a bit by allowing some RPG and RTS elements to seep into the game with the choices you make. It’s kind of a ballsy move for the franchise, but it’s a welcome one. It’s nice to see Treyarch putting their own touch on things and taking a chance. I’m sure the “Call of Duty” name alone will mean the game will do just fine. It might seem like a risk to change things up, but I don’t think it really is. Also, harrier jets. Who doesn’t love a harrier jet?

Watch Dogs: We honestly have no idea what’s going on with this game, but we want more. I think the point where it sold me was either the QR Code waiter head or the guns. Man, I fucking love guns. I wonder if they were worried that people would walk out if they didn’t show at least 3 gunshot wounds before the end of the demo? The firefight did seem to kind of spawn out of nowhere.

The constant data feeds that were being shown to the player were pretty slick and quite revealing. The premise of being able to hack anything instantly is pretty great. I just hope it’s used in smart ways that enhance the gameplay rather than it turning into a gimmick halfway through. Changing stop lights and causing accidents is cool, but I imagine it would lose its shine after the twentieth time.

Dance Central 2: Best game at E3 featuring a performance by a guy who once wrote “OMG,” hands down.

Resident Evil 6: Do you like explosions?! Do you like zombies?! Are you left wondering what kind of physics allowed for an entire jet to lodge itself into a building with minimal damage? Then, I guess this game might be for you? Or something? I dunno, the game looked pretty ridiculous, and not to be a graphics snob, but the graphics were pretty muddy and bad. Javi has said the E3 trailer might have killed his interest in the game outright. He did watch a few things later that started to win him back, but only slightly. I guess we’ll see how things develop between now and then. Right now I’ve seen nothing that makes me want to play the game.

In Which I Tell You The One Thing I Wanted To See That I Didn’t See: Retro. Where the fuck are you, Retro? You’re supposedly working on something that everybody wants. WHY WON’T YOU TELL US WHAT IT IS?! Share your gift with the world. Please?

Who Really Won E3: I’d say whoever made this. 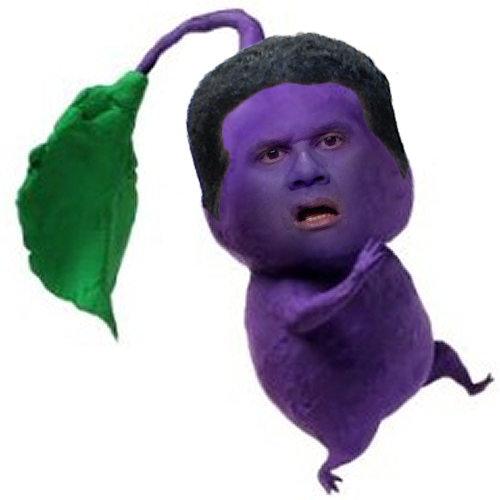 -Ryan
« A Scholarly Disagreement
GoN 51: Bringing the Mario Party to You »