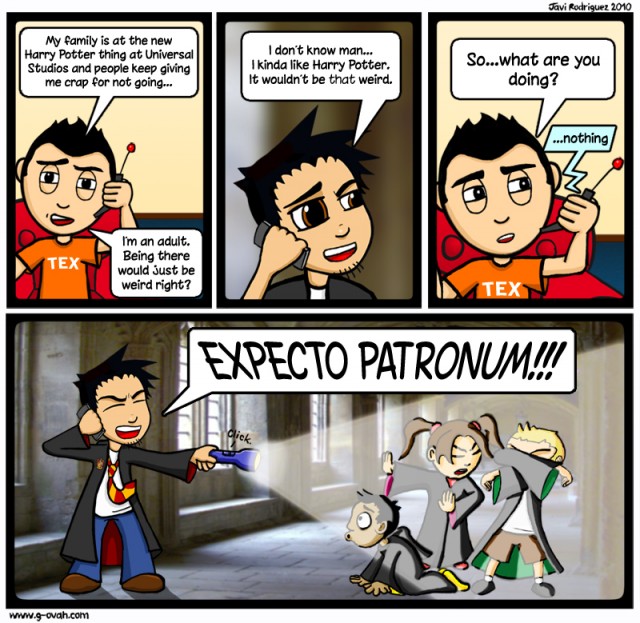 It’s true that my entire family made a trip to Florida recently.  As a 28 year old male who hasn’t lived “at home” in some time, I didn’t find it all that weird to not go with them.  Public opinion seemed to opposed my feelings, and even more so when they found out my little sisters were in attendance at grand opening of The Wizarding World of Harry Potter.  My spell checker tells me that “wizarding” isn’t a word… I suspected as much.  It says the same about Expecto Patronum, though I imagine that would require an entirely different type of spell checker.

Javi is of the opinion that I “just don’t get it man.”  He’s right, I don’t, but my fear of exploring the world of Harry Potter has nothing to do with age or one day appearing foolish in the eyes of the public.  No, the latter is something I manage to do on a regular basis.  I won’t be swaying any opinions there any time soon.  My real fear is to end up as one of “those people.”  That is to say, these people.

I’ve got enough hobbies as it is.