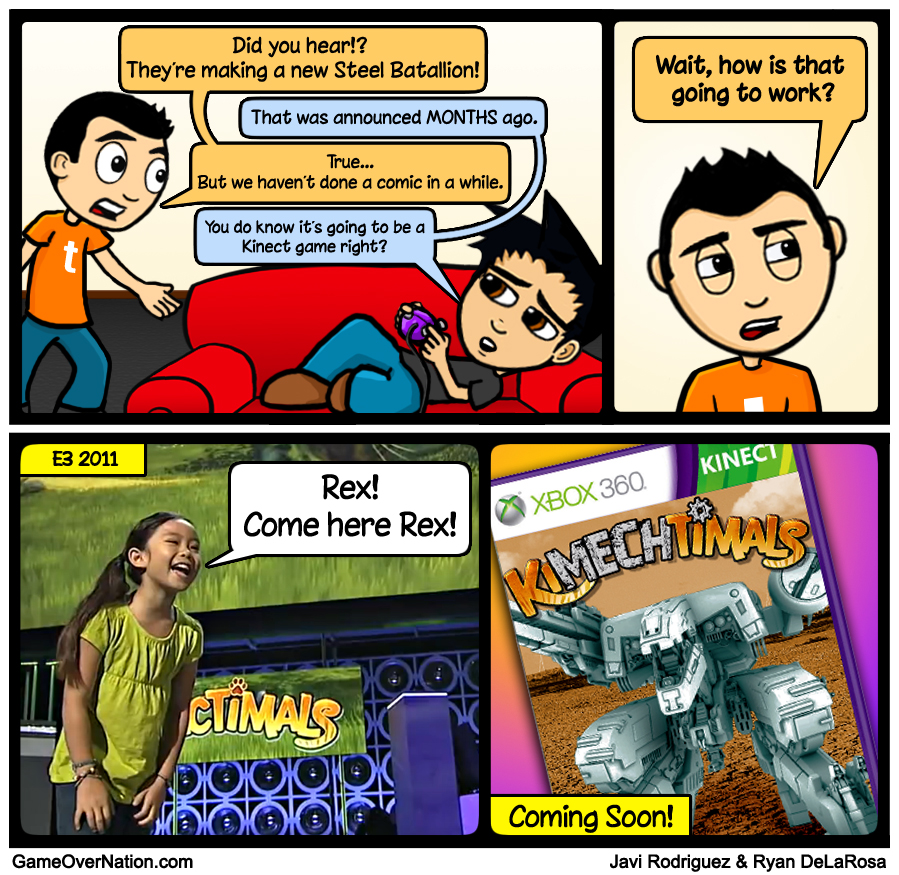 I’ve probably beat the fact that I’m a fan of Mechs into your head one too many times.  So, I hope the damage won’t be permanent when I do it once again.  When I heard there were plans for a sequel to Steel Batallion, I was incredibly excited.  However, when I found out that it would be a Kinect title, the possibilities left me somewhat… less enthused.  We made a comic about it.

The scarier thought is that we haven’t even presented the worst case — that there may be very real cases beyond this that are worse.  It could end up a technical nightmare.  I can’t imagine making an accurate Mech simulator with absolutely no buttons, as everything I’ve ever seen or read about “real” Mechs suggests that they actually have those in scores.  At least a joystick.  Even the predecessor to this game made that very clear.  Perhaps the cleaning crew got a hold of the whiteboard which held the definition of “simulator” around the Capcom offices.