Well another PAX is behind us, and I’m way more tired than I remember being in the past. Maybe this whole age thing is catching up to me, or maybe we just rocked PAX too hard? It’s likely the former.

So what did I do while at PAX? I guess I can tell you a little about a couple of games I played. Yeah, let’s do that.

Gabe and I headed over to the Konami suite to check out Metal Gear Rising: Revengeance and Zone of the Enders HD. There wasn’t a lot on display there that people likely haven’t already seen, but it was a chance to actually feel the game. It felt pretty damn good. I was also surprised to see that it looked a lot better than any videos I had seen online. The “Blade Time,” where players press a trigger to slow down time and chop enemies into seemingly infinite small pieces, worked really well, and I was sure to test it’s limits. I could chop dudes into so many pieces, you guys. It was pretty awesome. Also, the demo ended with Raiden running into the sky by jumping between airborne missiles directed at him, and then chopping the firing helicopter into pieces. Fuckin’ metal. That being said, Platinum Games is going to have to find a way to vary things. Choppin’ dudes was great in a 10-15 minutes dose, but I could see how it might not carry for a full game. Javi claims that they managed to change things up enough in Vanquish to keep in interesting. Let’s hope they take the same care here.

As far as Zone of the Enders HD Collection, well, it’s Zone of the Enders… in HD. If you liked the original games I think they look good enough here to be worth checking out. A lot of the problem with going back to old games, especially in the early 3D era, is that they fall so short of what we’ve come to expect visually. These HD versions certainly don’t bring the game into the current generation, but the visuals are cleaned up enough to not be flat-out ugly. There wasn’t an option anywhere I could find to invert the Y axis. That was frustrating. But, whatever, some of you weirdos are into that. They also had adorable little bottles of Coca-Cola. You can pretty much attribute those to every positive thing I’ve said in the last two paragraphs.

Speaking of games where things go down when you press up and Konami, I found a copy of the game responsible for my inverted axis love at a local retro game shop. 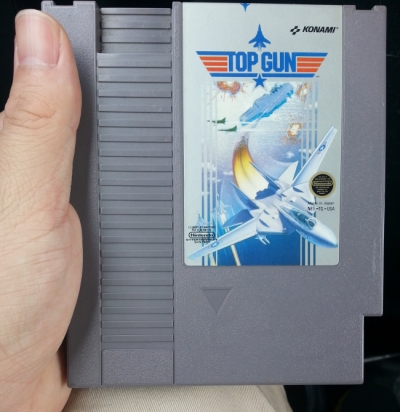 I also played a few flying games that nobody cares about. But, if you’re into that kind of thing, I would recommend at least giving World of Warplanes a shot. It’s in closed beta right now, so by give it a shot I mean try to get into the beta.

In addition to all of these things, we got in a car wreck, I watched some college football, drank too much beer, saw a lot of old friends and ate a lot of great food. Finally, here’s a little video friend of the show Harris Foster threw together from some footage we gathered over the weekend. Hope you enjoy it!