Back in August, I attended PAX and while I was there I had a chance to play a game called Sol: Exodus by small indie developer Seamless Entertainment. You may remember that I had what you might call a positive reaction to the game. The folks over at Seamless were kind enough to invite me out to their Austin, TX office to check out the game and talk to studio head Dan Magaha and lead designer Chris Stockman about their ambitious journey back into the realm of space combat inside the cockpit.

For those of you who don’t know, Sol: Exodus is a space flight combat game that takes players back into the cockpit and focuses on what it’s like to be in the middle of a hectic dog fight. You won’t be managing any type of space economy, and you won’t be trading with the federation or some other dumb task. No, Sol: Exodus recreates the wild, frantic battles of games like X-Wing, and it should come as no surprise that lead designer Chris Stockholm was a big fan. You’ll be battling swarms of enemies while trying to bring down capital ships and defend your own. It’s very intense at times, and it’s just what the dog fighter in all of us has been looking for. Hop past the break for the preview and some exclusive screen shots.

The sun is dying and when it goes, we go. The UCS Atlas, along with three other ships, has been sent to find a new home for humanity outside the reaches of our dying star. The Atlas is successful, and upon its return to our solar system it finds that some fanatical religious types have spread their influence. The Children of Dawn (CoD) see the impending doom of humanity as the apocalypse, and feel that any attempt to escape it is against the will of their God. So naturally, they like, don’t want you to do that. And they’ll prove it too, with guns and warships. 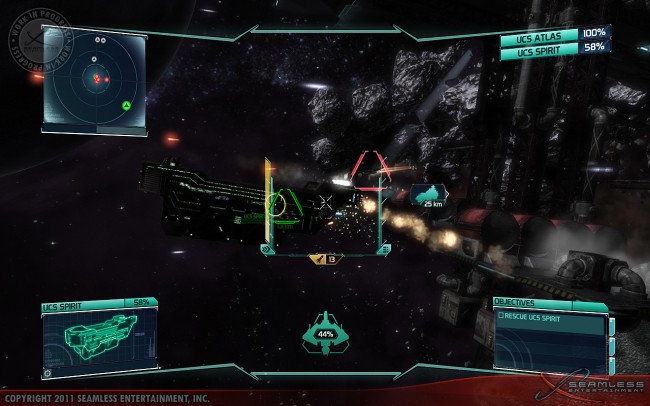 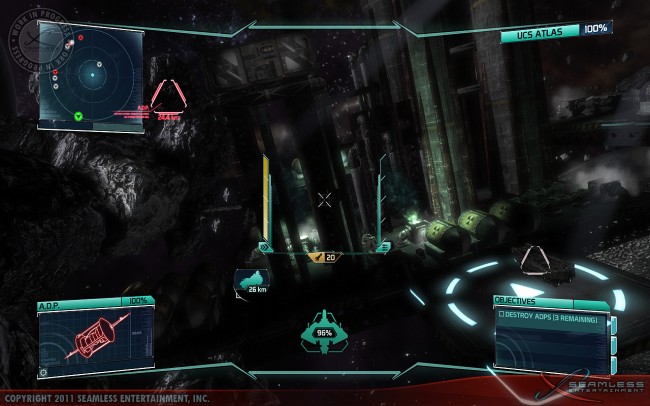 The game is simple enough at its core. You have a first-person cockpit view. The ship can pitch up and down, roll and yaw left and right. Pretty standard, right? However they’ve added the ability to “slide,” which allows you to rotate 360 degrees without changing your path of travel. So you can keep running from the enemy while still facing them in a fight. Your ship also has an afterburner to help cut down on travel time, though it’s not often you have to go very far to find a fight. Finally, you’ve got a machine gun, missiles and another, new weapon that I’ll get to in a second. Part of the goal of Sol: Exodus is to make it more accessible than its ancestors. The team wanted players to be able to use an Xbox 360 controller (Joystick and Mouse and Keyboard support will be there) and not create the need to do any crazy combo button mashes to get your missiles armed or switch between weapons. However, don’t let the simplicity fool you. The action keeps up a pace that will leave you glad you’re not having to worry about a million different key commands. Keep in mind that the focus is dog fighting, and this is a game that aims to remove all the filler and leave you with a pure space combat experience. Seamless has also made it so that the only way to fail a mission is for you to die. Failing objectives along the way affects your score at the end but won’t keep you from progressing. This allows the casual to enjoy the game from start to finish as well as giving the hardcore a goal to shoot for. Yes, there will be leaderboards via Steam. One last way Seamless hopes that players will identify with the game is that it all takes place within our solar system. You can recognize planets and get the sense that you’re fighting for something familiar.

Chris and Dan gave me the privilege of checking out some unseen missions, enemies and weapons. They’ve introduced bombers to the mix. There’s no subtle trickery to the name. They bomb shit. The pesky CoD have also found a way to reconfigure Automated Drilling Drones, typically used for mining, to drill into the hulls of capital ships and space stations with giant metallic teeth. I also got a brief look at a new class of enemy fighter that is much faster and more maneuverable than standard enemies. It also carries missiles that are able to lock onto your ship forcing pilots to use their slide technique to escape. 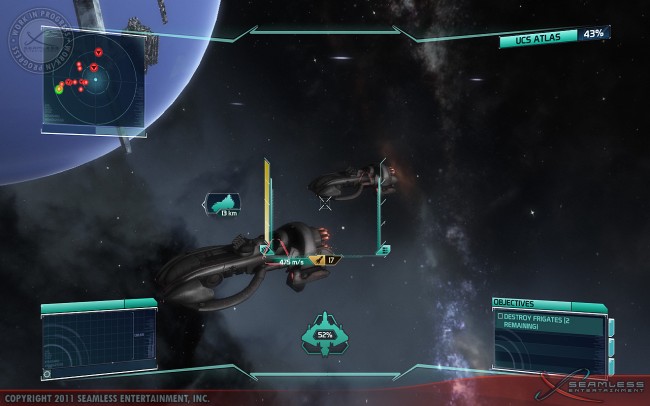 The big new weapon reveal was the Mag Cannon: an unguided, slow-moving round that does massive damage. The Mag Cannon is a handy way to take out slow moving targets like bombers, which have heavy armor that is resistant to your other weapons. It’s also very effective on capital ships. I was able to quickly take out revealed weak points as well as blast turrets off their hulls.

Some of the new missions allowed Seamless to showcase a few of the ways they plan to keep you occupied while keeping CoD fighters off your six. One mission placed players in the atmosphere of Neptune. Debris is raining down from space (I won’t spoil why) and transports are tumbling out of control. It’s your mission to get the transports up and running by interfacing with scan points that are revealed by your capital ship, The Atlas, so they can power up and escape. While this is happening, enemy fighters are swarming and doing their best to keep you from getting the job done while also trying to destroy the transports. That, along with the falling debris makes for an intense and hectic scenario. And in my time with the game, that seems to be a common theme. In another mission, The Atlas is engaged in a battle with a CoD capital ship. You must fend off fighters while moving in to scan hacking terminals on the enemy warship. When you begin a hack, it starts a small, simple minigame in the corner of your HUD. Random sequences of letters and numbers flash, slowly highlighting three to four letters/numbers in order. Then you are given a short list of possible combinations to choose from. Pick the right one and you’ve pulled off a successful hack. This gives you options to shut down the capital ship’s turrets or missile pods, or reveal its weak points (these are the only options I saw, there could be more). Keep in mind this minigame happens while you’re still in combat. Yeah, keep your guard up.

Oh yeah, after you complete this minigame, reveal some weak points, and blast a capital ship into oblivion by yourself, go ahead and try to keep that giant childlike grin off your face. 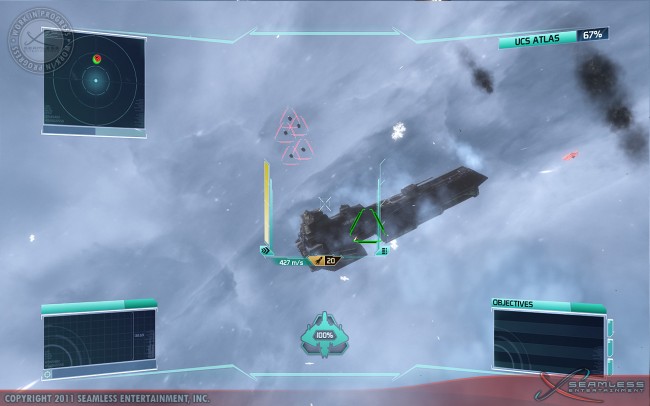 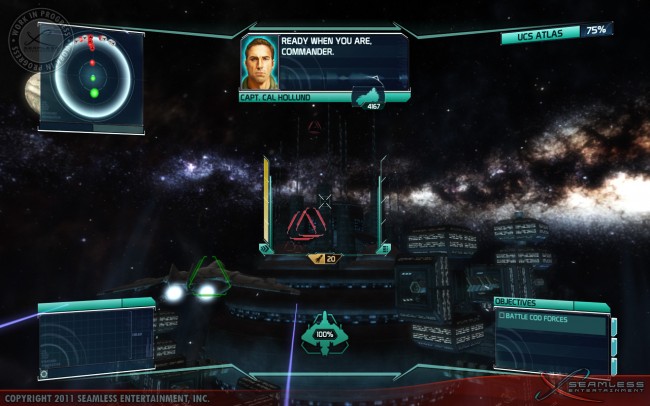 Sol: Exodus is the first time we’ve seen a real flight combat game in space in long time. Even in its early stages, you can see the passion these guys have for the genre. The combat already feels solid and enemies are plentiful and go down easy. Every kill feels satisfying. Ships smoke and roll out of control when hit before exploding into flames. It kind of makes you feel like a badass. It’s an ambitious move to dive into a genre that has been long thought of as dead. But, it looks like Seamless is building the perfect vehicle to show a new generation what many of us already know: dog fighting is awesome, blowing shit up is awesome, doing both in space is even more awesome. As a person who grew up on X-Wing, Tie Fighter and various other flight simulations that didn’t take place in space, I’d be lying if I said I wasn’t rooting for these guys.