I have been fairly vocal concerning my frustrations with Nintendo lately. Clearly shifting their focus at the Wii’s launch, Nintendo developed a library of experimental software in hopes of attracting a new, untapped audience. Like any good experiment, they saw both overwhelming successes (Wii Fit) and miserable failures (Wii Music). There is nothing wrong with trying something new and expanding your audience. I’m all for that—but not at the expense of alienating the very people who have kept you in business for decades. It often felt as though Nintendo put gamers on the backburner with only a Mario or Zelda every couple of years to look forward to. The rest of the generation was peppered with decent to average 1st party releases in an attempt to mask all that nothing they had ahead of them. Even now, seven years into the Wii’s life, I own a paltry 10 games. To give you a better idea of where I’m coming from, we need to look to the past.

If you were a die-hard Nintendo kid growing up, you grew up playing some of the greatest videogames of all time. Final Fantasy, Castlevania, Contra, Zelda, Metroid, Mario, Goldeneye; they all played a pivotal role in getting the industry where it is today, they also used to be exclusively on Nintendo. While Sega did very well with their Master System and Genesis, people straight-up referred to gaming as, “playing Nintendo” regardless of the console. Throw in the NES Advantage cameo in Ghostbusters 2 and for all intents and purposes, Nintendo had the entire industry by the balls. Then along came Sony.

It’s no secret that the N64/PS1 era was the first sign that Nintendo was losing their footing. Sony approached all the heavy-hitters in an attempt to rally support for their new console. They even turned to the west, nurturing up-and-coming developers including Naughty Dog and Insomniac; while Nintendo acted a fool, limiting their reach to only 1st and 2nd parties. No one could have suspected that iconic franchises like Final Fantasy would make the leap to the PlayStation, another sign that Nintendo was losing grip 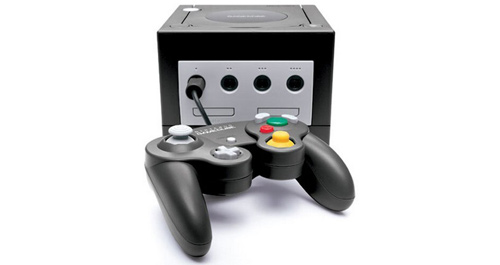 In the GameCube generation we saw Nintendo continue their downward spiral all the way to 3rd place. The sheer amount of content available on the PS2 and Halo – the unstoppable new franchise exclusively on the Xbox, were enough to leave Nintendo picking up the scraps. The hardcore fans stuck around, picking up any 1st party titles that happened to come out each year or so, but their momentum was clearly starting to slow. The GCN was Nintendo’s least successful console (Virtual Boy aside), but not from lack of trying. They clearly learned from their mistakes on the N64 and reached out to 3rd parties in an attempt to grow their library but the blazing success of the PS2 was just too much to compete with. Even Capcom, who were so proud to be showing their exclusive support of the ‘Cube with their line of Resident Evil titles, Killer 7, and Viewtiful Joe—eventually buckled, releasing them on PS2 regardless.

The GameCube is my favorite console of all time. It was the first system that I purchased at launch and fully supported to the end. I had some unforgettable experiences with it, and naively expected something similar with the launch of the Wii. Nintendo and I have gone through plenty of highs and lows over the years. I would argue that they all but abandoned their core audience with the Wii, and the Wii U seems to have launched without much thought about what software they will provide. That being said, I want to tell you that upon picking up the 3DS XL, I feel like I’ve discovered a nostalgic paradise, hidden in plain sight. After the publicly rough start for the handheld, it seems as though they took the following two years to take everything that I use to love about Nintendo and bring it barreling back into my life. Mario 3D Land strikes me as a perfect blend of the straight-forward 2D Mario games mixed with the beautiful graphics and exploration of their 3D counterparts. Animal Crossing New Leaf takes improves the franchise in every single way, including the graphics; all things that were completely the opposite on the Wii. The exceptional Donkey Kong Country Returns gets a re-release and made even better with the forced motion controls kicked to the curb. The best and scariest Resident Evil this generation was released on a Nintendo handheld while the full-blown RE6 fell completely flat on consoles. Add in titles like Luigi’s Mansion 2, Kid Icarus, Mario & Luigi Dream Team, MGS3D, etc. and you’ve got yourself a hardcore Nintendo fan’s dream come true.

Who would’ve thought that the classic, inventive, hardcore gaming experience that I had been craving was waiting for me on Nintendo’s not-so-little handheld!? It’s definitely too soon to say for certain, but I’m feeling pretty comfortable calling the 3DS a potential successor to the GameCube.