I’ve never been truly proud to be a gamer. Now, I’m in no way ashamed of what I love to do, but this industry can make it really hard not to be. I’ve lived through and witnessed all sorts of embarrassing aspects from this lovely industry, and I’m sure you have too. It all makes it pretty difficult to keep supporting this medium even though we love it. It’s a youthful medium that still has so much time and potential to really break away from the standard ideas and customs other media have set. Well, I’m here to tell you there’s hope. There’s a shining example out there now that everyone can see. Friends, I’m talking about Bioshock: Infinite.

Now, if you’ve continued reading up to this point, I’m going to recommend you go finish or buy this game before you read onward so you can form your own opinion. I don’t want to influence what you think, but rather start a discussion or at least a thought about what this game has done for this industry. With that said I’m not going to talk about spoilers just in case some poor soul comes across this and proceeds without heeding my warning. So, go beat the game, buy it or read onward without a care in the world.

It’s hard for me to describe Bioschock: Infinite. It wouldn’t feel right to say it’s “amazing” or “awesome” because I’ve used those words before to describe other games that frankly don’t compete with Infinite’s quality. Now, Infinite is both of these things, but I’d rather describe it with the word that no other game has made me feel: “proud.” This game finally made me proud of the industry. This game will finally show the masses just what this medium is capable of. 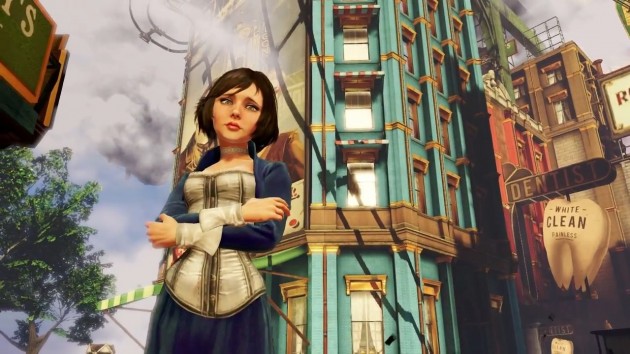 Pride might not be the most peculiar feeling to have after beating a game. Pride in your accomplishments, sure, but that’s not the kind of pride I felt. I was proud of where we’ve come to now. I’m proud of Irrational Games and the chances they took with this game. They could have just made a fun game and played it safe beyond that, but they didn’t. Irrational decided to – well, be irrational and take risks. These risks created Columbia, a world that teems with life and juggles so many different ideologies so well that it’s hard to imagine how all of it was packaged into one game.

I’m making a lot of claims right now, but let me attempt to assure you the sincerity of each one of them. I do my best not to be impulsive with my decisions. I used to enjoy jumping right to conclusions immediately after completing something, but that’s something that happens too much with critics. I think they don’t let thoughts resonate for long enough before getting the word out there. Nowadays, I want to be able to trust my own judgment and be proud of the opinions I create, so I take my time with them. 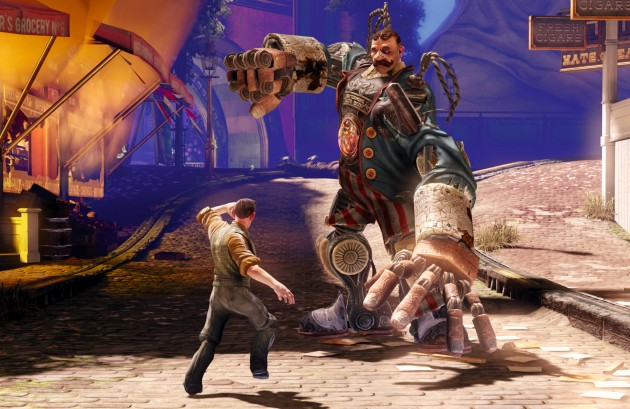 Even with all that said this may not mean much to you, but it does to me: Bioshock: Infinite is the best game I’ve ever played. On top of that, it’s my favorite game. My condolences, Mirror’s Edge. I thought about it for hours after I beat the game. I reflected on everything I did, everything I loved, everything I enjoyed and searched my brain for anything I thought didn’t measure up. And I realized that there’s simply nothing from Bioshock: Infinite I would change. There isn’t a part that I thought was a bad choice or could have been done better. This game is simply the paramount of the games industry.

The thought and love that’s put into every single building, every single character, every single street is remarkable. Every asset of this game reflects the world you’re in. The subtle ornamentation that every area of Columbia has is something that has never been seen in a game. All these little additions and accents establish this as the best game environment I’ve ever seen. 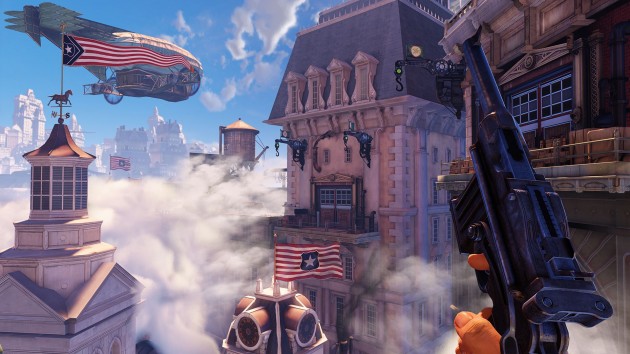 That’s what else is so important about Infinite: it’s a game and it never tries to be anything else. It lets the narrative act as a tour guide or lets you go on tangents and breathe in the environments yourself. It balances this exploration with incredibly inventive combat, and this combat is just speckled in the right places to add more weight and meaning to it. It’s never overdone or underutilized. It’s the Goldilocks of gameplay. It gives you calm sections to wander and marvel at landmarks and assets of the city, while giving you excitement and thrill that never become tiresome or boring.

I think Adam Sessler puts it best in his review when he says, “I’ve played many games in my life, some of which have hinted at where the medium could go, but I never expected any one game to so reinvigorate, redefine and open up the possibility of video games without having to eschew its fundamental pleasures.”

This game excites me for the future. I hope developers look at what was created here and take note. Bioshock: Infinite doesn’t merely push its genre forward but rather the entire media. It’s the epitome of games. Good luck, every piece of media after this point. You’ve got a lot to measure up to.

I’ll do a spoiler post later after I’ve had some chances to talk with other folks who’ve beaten the game, but please let me know what you think of this game after beating it (without spoilers) in the comments below. I’d love to hear from you guys.