When I started this article, I had a different game in mind for my favorite. I was originally writing about Skyrim. Obviously, that has changed. This year has been strange for me. I don’t have much to complain about, and only a few disappointments. So choosing my topic has been difficult. In a year filled with games like Bastion, Dues Ex, Infamous 2, Skyrim and Zelda, one game kept sticking out to me.

Portal 2 has been the most enjoyable experience I’ve had this year. I had completely neglected to think about the game in these last few months, until I replayed it again. I didn’t want it to end. I wanted to hear more of that amazing soundtrack. Valve’s writing continues to shine. In my opinion, people praise Bioware’s writing too often, and Valve’s not enough. The gameplay was simple, yet done beautifully.

At first glance, the game is straightforward. Hell, the concept is simple. Put a portal on this wall, put a portal on that wall and you’ve got a doorway. Easy. It’s what you can do with those that make up the meat of this. Being able to turn yourself into a human cannonball by simply using momentum is fantastic. What would have been a separate weapon/item in any other game is delegated to the portal gun. I think that’s what grabs me here. Anything you can do is boiled down to where you position your portals. Building light bridges, catapulting yourself, launching goo everywhere – all of it is done with a single item, with a single function. That’s something. 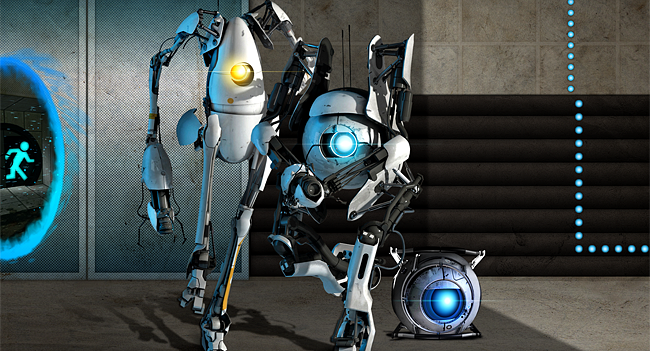 Once again, Mike Morasky has done a phenomenal job with the soundtrack. They set the mood, and they fit beautifully. Downloading the album was the second best idea I’ve had all year, next to playing this. While I’m on the subject of sound, I can’t forget the voice acting. Hearing GLaDOS sling insults and sarcasm is a joy to hear. J.K. Simmons is wonderful as Cave Johnson. I didn’t even realize Nolan North was in the game until the credits. Man, that guy is in everything.

Before 2011 started, my expectations fell almost entirely on the last half. I think most people felt this way. Scouring the internet, most people still feel this way, which I find disappointing. I would argue that this year’s most stellar games came out before the last quarter. In the end though, 2011 has definitely not disappointed me. Instead of the usual three or four amazing games scattered throughout the year, we were treated to a consistent release of really good games. I think that’s more important.